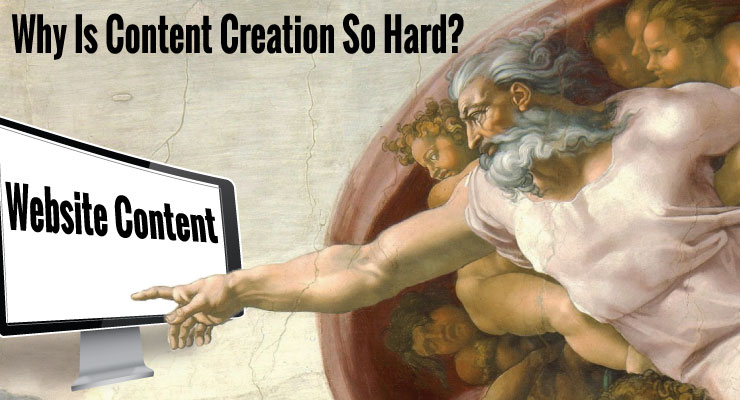 Good morning, everyone.  I want to thank you for coming to the meeting today.  I know that you’re all very busy and I appreciate you making time for this little discussion.  Now, each and every one of you is a vital part of this team.  You may bring different skills, methods, and points of view, but it’s that combination that makes our company great.

OK, be honest.  How many times have you heard or said stuff like that only to spend the next hour or more in a meeting where that magical combination didn’t seem to get you anywhere?  I know I’ve spent my share of time in the “Idea Purgatory” of meetings like that before the saints of deadline managed to pray me back to my desk.

These little gatherings can center on any subject like production, sales, or marketing.  For the purposes of this series of posts, we’re going to think of them as they pertain to website content creation.  OK, so right now, a good number of you are scratching your heads and saying, “That’s not even my department.  What does the website content have to do with me?”  If this is you, you’re off the hook because one or more of these things is true:

Now, I’m willing to bet that the rest of you saw at least one thing in those bullet points that is true of your company.

Let’s face it, content creation is hard – hard to kickstart – hard to manage – and hard to sustain.  But why? I’ll tell you why.  It’s because of the creation part.  Creation is making something out of nothing.

Production is the shaping of raw material through the application of skill and time.  It’s making something out of something else.

Accounting is the allocation of limited resources through the application of measuring and balancing.  It’s moving something from one place to another.

Creation is about generating brand new ideas and communicating them to an audience.  In order for creation to happen, you have to begin with the right people – we’re called Creatives.  We’re the ones who make things look cool and sound good.  We’re the spring of ideas that feeds the creek of management, the stream of sales, and the river of production.  And here’s the kicker – we’re rare.

If you’ve lived in this world for any length of time, you’ve noticed that truly creative people are rare.  We’re also weird which helps keep us rare and we like it that way.  If you take into consideration the four Myers Briggs personality types and the percentage of our population represented by each (as found in David Kiersey’s book, “Please Understand Me II”), you’ll begin to see why.

The personalities that tend to be the most creative are the two minority types.   Artisans and Guardians can exhibit creativity in how they apply their vast knowledge gained from extensive education to solving problems.  Economist Richard Florida (author of “Rise of the Creative Class”) refers to this as knowledge-based creativity. However, in this article, I’m focusing on the 20% of Rationals and Idealists that make up what Florida calls “Core Creatives.” 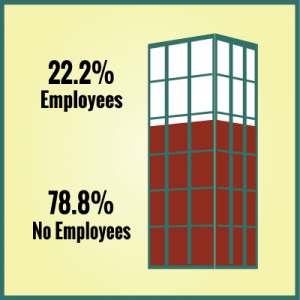 If only 20% of the population has a personality that is naturally creative, it’s no wonder that creating web content is hard.  Let’s bring this closer to home.  According to the Small Business Association, 78.8% of businesses in the United States have no employees.  This means that the vast majority of companies out there are one-man and one-woman shows.  They hire no employees and contract services when they need them.

Think about it, since you can’t have a partial person the smallest increment possible when dealing with people is 1.  If only 20% of people are creative, you have to have at least 5 people involved before you stand a chance at getting one of us (if you aren’t one yourself).  This also means that 22.2% of companies in the United States employ the vast majority of people.

So where are the creatives?  They’re in one of two places.  Either they are part of the 78.8% of people working on their own or they’re squirreled away by the 22.2% of big companies.  Here’s the Bottom Line:

Why are Good Creatives Hard to Find?

1) We are tired of being owned.

From the earliest recorded history, creatives like artists, musicians, architects, and scientists have been owned by others.  The Bible is full of references to the King’s musicians or the King’s builders.  In medieval times, creatives were supported by patrons which is just another way of saying “owned.”  Even today, we have artists-in-residence and our musicians, artists, athletes and writers require managers and agents in order to secure steady work at a competitive pay rate.

Here’s the thing with creatives.  It’s our freedom that fuels our creativity.  We have to be free in order to create.

2) Unless we write the bill, no one takes us seriously.

Somewhere along the line capitalism has fostered the belief that whoever has the money calls all the shots.  This may very well be true, but it isn’t healthy.  Too often, creatives are scarred early in their careers by a boss who uses them as his personal source of creativity.  He treats their paycheck like a quarter in a cosmic gum ball machine and demands creative genius with every twist of the handle.

Creatives are goal-oriented, not task-oriented.  Assigning us tasks with no regard for what we think while you hold our salaries over our heads amounts to creative prostitution.  Therefore we tend to exist on the fringes so that we write the bills.

3) We tend to concentrate in friendly environments and most workplaces are unfriendly to creatives.

Since creatives are a minority of our population, most workplaces are not set-up to be creative-friendly.  This is because creativity is not easily quantified or qualified.  It is difficult to schedule and maddening to manage.  This is why creatives tend to concentrate themselves in places that encourage their freedom.  Cities that are built on manufacturing, construction, or agriculture often see their creatives leave for friendlier, more metropolitan locations.

This explains why cities like Austin, Texas; Seattle, Washington; Portland, Oregon; and Toronto have high concentrations of creatives while cities like Buffalo, NewYork;  Cincinnati, Ohio; New Orleans, LA; and Louisville, KY do not.  Now, here’s a conundrum.  If the people you need are only 20% of your population to begin with and they are unevenly distributed, how much harder will it be to find them?  Exactly.

4) We have to fight to be credited for our creations.
You may not know this, but there is a pervasive fear within the world of creatives.  One that we learn early on in life.  We are terrified that others will steal our creations, take credit for them, and no one will ever know what we’ve done.  This is why we’re so crazy about copyrighting everything.  It’s why licensing music, literature, and film is so cotton-picking expensive.

It’s not about fame or fortune.  It’s about significance.  Creating is not what we do.  It’s who we are.  There is no separating the creator from the creation.  The latter is a reflection of the former.  To steal the creation is to erase the creator.  That’s why it’s so personal.

Here are my suggestions for generating the kind of content your business needs.

If you are in need of a creative and interested in what a contracted relationship looks like, contact me and I’ll be glad to help you any way I can.

Are you a creative?  Have you experienced any of things I’ve mentioned in this post?  Have you ever employed or contracted with creatives?  What was your experience.  Share a comment and let’s talk about it.

Article Name
Why Is Content Creation So Hard?
Description
Content creation is hard – hard to kickstart – hard to manage – and hard to sustain. But why? It's because Creation is making something out of nothing.
Author
Greg Dungan
Share This